Snake Eyes: music has been described as being NWOBHM blended with Speed and Power Metal Although this is a band with its roots in good old fashioned "Metal "they blend a distinct NWOBHM and Power Metal flavour with a style of their own. Halford style vocals, grinding riffs Snake Eyes have created the kind of music that seems to be able to join Metalheads together. Snake Eyes first cd The Journey Begins was recorded in Vancouver Canada, the band toured behind it for a few years. Then Oz moved back to the Uk and reformed the band and the results are so good he has made it his new home. Oz has jammed with a wealth of talented British musicians..........and a fellow Canadian. Pete Friesen ( Alice Cooper, The Almighty and Bruce Dickinson) both of which also boast the impressive talents of Les Binks (ex- Judas Priest) on the drums and also Rob Eaglestone of Cradle OF Flith and Marck Birch from Wishbone Ash.

While playing in Vancouver the band played in many clubs , including Studebakers many times the Brickyard and Colombia venue. Highlights were playin live on the VTV breakfeast show playing 2 songs. Radio played a big part on getting the band heard was Cfro radio and many other stations.

The bands first video "The Wizards Curse", shot at an old church ruin in England is currently being aired on "Scuzz TV" and Kerrang Tv this iincluded on the new album Snake Eyes Soul Stealer. The cd has sold well in Germany, Japan Usa and all of the Uk, its also available to buy on all music sites. The reviews are great including one form KK DOWNINGS STEEL MILL which said "Good old nwobhm with full throttle. Great songs with good vocals and great guitarwork. This album kiks ass Check this one out! The band have also played The Magic Circle Festival 2008 and The Sword Brothers festival in sept 2008. Also playing in Belgium a few times including Wizzfest.Touring in the Uk and Wales for the last few years has gained them reputation of a band that put on energetic show. The band seem to understand the importance of a good guitar solo and a catchy hook. They also seem to have put a lot of effort into making sure that each track on the album has it's own character.

Ant grew up playing and listening to metal and rock. He played guitar and started to sing. He love metal like Priest maiden and good bands. He joined Snake Eyes in 2002 and has been the main singer ever since. He can sing like the best of them, like Halford and many other greats. 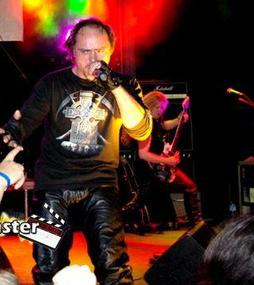 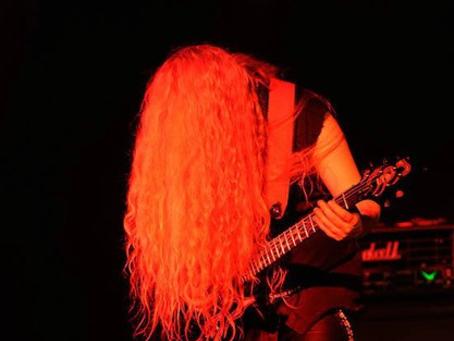 DARK MIST by WIZARD OZ is a matrix of blazing shredding mastery and epic song writing including massive opening riffs, spectacular interludes and soaring solos. With a diverse collection of offerings, Dark Mist is a magical journey of instrumental songs derived from the Wizard's emotions, transposed into a tapestry of electric and acoustic artistry. Inspired by Joe Satriani, Steve Vai, and many other guitar greats, Oz's music is the sound scape of the land of Oz, full of heart and soul.

The Wizard Oz's previous work with his current band, SNAKE EYES created the spectacular SOUL STEALER, and their first release, THE JOURNEY BEGINS, both of which Oz produced. The newest CD, SHOCKWAVE, is in the works and will be released soon, featuring the talented Ant Meachen, master of Halford style and quality vocals. Also be on the lookout for Oz's next solo CD which is being recorded now. Oz has had the opportunity to jam with a wealth of talented British and Canadian musicians over the years, including a fellow Canadian, Pete Friesen of Alice Cooper and Les Binks, the original Judas Priest drummer. Oz is a guest musician on a regular basis with Metalworks, which features Ritchie Faulkner(Judas priest). Oz has also played with Robin Eaglestone (Cradle of Filth), Tony Ritchie and Lionel Hicks (Balance of Power). Oz has played with The Trailer Park Boys live onstage on three separate occasions; December 19, 2008 and January 16, 2009 in Vancouver, Canada, featuring Bubbles playing Liquor and Whores and Oz soloing. Recently, Oz jammed with Bubbles onstage at the HMV Forum in London on September 25, 2010 to a crowd of over 2,000 very enthusiastic TPB fans! Being a huge fan of their show himself, Oz has felt honoured to be able to jam with Bubbles, (Mike Smith) a respected and accomplished musician, actor,producer, in his own right. Oz has been teaching guitar for over 10 years, with students from age 10 to 60.

Oz has played in Snake Eyes at such prestigious venues and festivals as The Magic Circle Festival and Sword Brothers' Festival in Germany, along with an upcoming gig at the Helvete Metal Club, Oberhausen, Germany, on June 4, 2011. Also playing at Wizzfest in March 2012 They were finalists in Bandquest UK in Essex, were finalists at the KERRANG Live MCN Bike Meet at Skegness, April 2008, have played regularly at The Horn in St.Albans, toured Wales and Western Canada, and have played on live television in Vancouver Canada on the VTV Breakfast Show.  . Oz is endorsed by Randall Amps Clayton picks and Tascam, Elixir Strings. All songs recorded at Wizard's Castle Studio by Wizard Oz.